What To Do About Getting Waitlisted or Denied 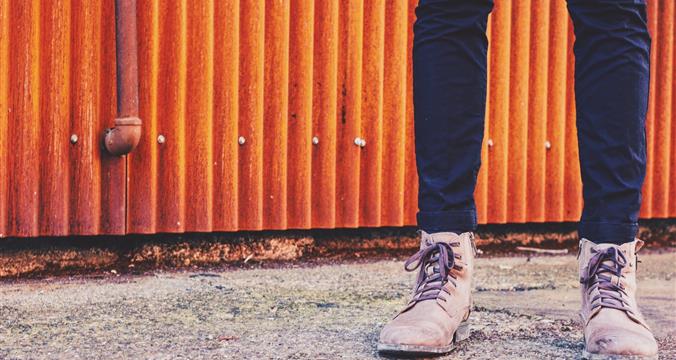 The possibility of getting denied (or somehow worse, waitlisted) is a big source of anxiety for grad school applicants. With so much time and energy invested, it makes sense to hope for a positive outcome. But the truth is, getting waitlisted or denied isn’t the end of the road for you. In fact, it’s not even necessarily a bad thing.

In order to see the silver lining here, and maybe even learn a lesson or two, it’s important to maintain a broad perspective. Here are a few things to keep in mind during this time:

Being on the waitlist is like being stuck in limbo and that's understandably stressful. It involves uncertainty and the possibility of rejection (yuck!). But once you understand what it really means to be waitlisted, and why schools do it, you might look at it a little more positively.

Basically, schools waitlist because they like you, not because they don’t like you. If a school didn’t think your application was up to snuff, they’d reject it upfront. While many applicants interpret waitlisting as a sign that they’re not good enough, this is a narrow and inaccurate perspective. Being waitlisted means you were good enough that they insisted on giving your application a second look, so being waitlisted is less like being put on hold and more like being asked out on a second date. You’ve piqued their interest, but they’re not exactly ready to commit yet. And if you nail the second date, you might just be in it for the long haul.

How You Got Waitlisted

Whether or not you get waitlisted depends on two things:

This first factor is intuitive and to the point, but the second is just as important and often overlooked. Taking the quality of other applicants into account, you can see that being waitlisted is just as much a statement about “the competition” as it is about you. As a hyperbolic example, if you happened to apply during a year in which every other applicant was an Olympic athlete, Nobel scholar, or former senator, then it would be no wonder if you didn’t get in right off the bat!

Why It’s Not So Bad

Now, here are some of those silver linings we were talking about. First, being waitlisted gives you the rare chance to improve your application without reapplying (which takes an extra year or more). Second, being waitlisted actually gives you an additional chance (or two) at acceptance. You’re about 15% more likely to be admitted if you apply in round one rather than round two, and 50% more likely to be admitted compared to round three! (by chance, based on the top ten American MBA programs).

And while statistics can be helpful, it’s important to take into account your unique situation. If your application is strong enough to get you onto the waitlist, you’re about as likely to be accepted off of it as you are to be accepted from the general applicant pool. Waitlist acceptance rates hover between 5% and 15% at top schools.

What Are My Odds?

In terms of whether you’ll get off the waitlist and into school, there is no definitive way to know. The statistics above can give you some idea, but ultimately it will depend on these two additional factors:

The yield rate. When a grad school sends out their first round of offer letters, they’re hoping that every single person chooses to enroll (that would be a yield rate of 100%). If you’ve been waitlisted and someone from the first round chooses another school, then you are now competing for that spot! When the yield rate is high (usually at the most prestigious schools) more people will enroll when they get their initial offer letters, and thus fewer people will be accepted from the waitlist.

Poaching. Once you’re being seriously considered by a school, they’re likely to ask what other schools you’ve applied to and been accepted by. If you’re a phenomenal candidate and they’re afraid to lose you (for example, you got into a highly ranked school or a school with better finance packages), they might offer to match your financial aid offer or provide a higher-paying fellowship. If you’re convinced by this bid, then you’re said to have been “poached.” This is a competitive practice often used in the business world and in grad school admissions! How does this affect your likelihood of being taken off the waitlist? Well, if your target school gets poached from a lot, then you’re more likely to be accepted after being put on the waitlist (because there will be fewer initial acceptances). Conversely, if your school does the poaching, you’re much less likely to come off the waitlist.

So, you’ve been waitlisted. You passed the first test; now it’s time to prepare for the second one. And there’s actually a lot you can do during that time in between; you don’t have to be a victim to your situation.

There are two basic factors that will convince a school to accept one waitlisted candidate over another: interest and improvement.

Interest: You already know, schools want students who want to go there. Expressing interest at this pivotal stage is critical. Now is the time to visit campus. If you’ve already visited, go again. Meet up with current students, chat with alums, and stay in contact with your admissions rep. Be sure to make your interest visible by mentioning these on and off-campus experiences to your admissions contact and asking sincere questions as they come to you. But, needless to say: don’t pester.

Improvement: You should actively improve your application during this time and communicate that progress to your school. Here are some of the things you can do:

The key objective for both interest and improvement is to stay in front of the admissions committee. You want their eyes and minds on you, so it’s just as important to communicate what you’ve done as it is to actually do things.

Usually, when applicants get denied, the reason is obvious. They didn’t meet the objective criteria set by the school (test score, GPA, work experience, etc.) or the school was a stretch for them to begin with. But sometimes, the reason is less clear cut. If all your stats are in line with your school’s average yet you still got denied, what could have gone wrong? You might have applied too late; if you apply in round three, even a great application can get rejected. Or you simply might not have stood out as a candidate. If you think that’s the case, check out our resources on branding. No reason for being denied is better or worse than any other, but it’s important not to misdiagnose the problem.

Why It's Not So Bad

Getting denied by your top school may spur deep feelings of rejection, but in reality, it’s just one piece of feedback; one data point on the constellation of successes and struggles that is your life. Being denied doesn’t mean you’re not smart, that you’re not a good student, or even that you’re not a good candidate. It simply means that everything didn’t line up for you this time.

Broaden your perspective and remind yourself that being denied by one school doesn’t mean the others will do the same. Additionally, being denied by a school once doesn’t mean you’ll be denied next time. So what can you do to improve your chances if you decide to apply again?

Your first priority when you receive a rejection should be to find out the reason why. Here are a few of the actions you can take:

What If I Was Rejected by Every Single School?

This is a worst-case scenario for many grad school applicants, and while there isn’t really a silver lining to it, it does send a clear message: Grad school? Not right now. A single rejection is just one data point, but a large pool of rejections provides a convincing conclusion. Whatever facet of your candidacy needs development, now is the time to work on it.

By now, you’ve certainly realized that something went wrong along the way, but what? Misdiagnosis at this stage is very common, and well-intentioned advice from uninformed friends and family might be the culprit. Consider seeking professional advice on the matter to improve your chances next year. Additionally, all the advice above still applies. Ask for feedback and take a moment for some deep introspection.

Regardless of your stage in the process or how it’s going, these three pieces of advice will keep you sane. Easier said than done, but critically important:

How to Narrow Down Your List of Target Schools

How to Research Schools