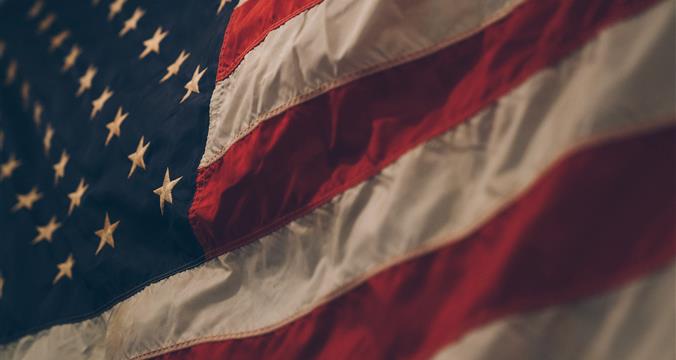 Over 50 years ago, an African couple began their American journey as two hardworking immigrants intent on honoring their parents’ sacrifices to give them opportunities. And through an unshakeable belief in themselves and continual investment in the country that believed in them, they largely achieved that goal while raising four children whose path to achieve their dreams had dramatically fewer obstacles.

A few years later, in Cleveland, Ohio, a young African-American army veteran was returning from Vietnam trying to establish his way in a divided country. He would meet a brilliant, hard-charging, and ambitious young African-American woman. This unbeatable team would marry and create a blueprint for their three children to become successful and navigate fewer hurdles to their own success.

Growing up, these were the stories we heard about our parents’ respective journeys in pursuit of the American dream. But in a time like today—with malaise plaguing the country and the deadly three-stake anchor of judicial, economic, and health disparities plaguing African-American citizens—it is hard to fathom how so many black families will continue to thrive. We are convinced that it is through education.

We were horrified and angry as we watched George Floyd’s killing. But, it was not with surprise. Our observance of our parents’ challenges with overt racism, our own struggles with discrimination, and the constant reminders of our own ‘otherness’ to many folks’ American ideal prevented that. The most recent killings of Americans like Tamir Rice, Sean Bell, Breonna Taylor, Mike Brown, Sandra Bland, Philando Castile, Eric Garner, and Ahmaud Arbery, were but a foreshadow of the unconscionable story that would become George Floyd’s final moments.

Perhaps, though, this story may finally be an inflection point. With unintended collaborations between iPhone wielders capturing footage and media giants eager to push the footage out, stories that would most certainly have gone undocumented just 20 years ago are now on full display for the world to make its own assessment. And it’s forcing us, as a nation, to engage in a very uncomfortable dialogue. But nevertheless, the conversations have started—across dinner tables and in corporate Zoom meetings; in text exchanges spanning the globe; and on social media platforms. Doing nothing is no longer an option, even for corporations. Maybe, especially for corporations.

Admit.me was founded to leverage the power of education to change lives. We have tried but not done enough. Too often, we have leaned on the crutch of being too small, too undercapitalized, and too stretched to contribute meaningfully. That must change.

In that vein, we have recently launched Admit.me Fellows, a program to provide promising under-represented individuals a vast array of resources to pursue a business education. Why business? Because resource allocation is often controlled by business, and without the training to get a seat at the table, one will not have any input to influence a decision. Though Admit.me is free, conditions challenge us to do even more to build the pipeline and invest (the long game) in talented Americans who can make sure their portion of the pie can nourish richly diverse American communities.

Through the Fellows program, we have added individual 1-on-1 application support to candidates pursuing their MBA. With our partners @GMAC, @Magoosh, and @Vault, we are also adding admissions test prep and career coaching.  We have expanded the program to 75 individuals in phase one and will be nearing $100K in delivered value. It’s a start. We expect that this grant will empower a small community of doers who will thereby empower others. As they invest, we will replenish and grow the program with the intent of cultivating leaders who will be active participants in addressing the insidious threat of racism in the economic as well as the related judicial and health fronts.

We hope to be one part of a wave of people and organizations taking on the work of perfecting America’s union. We hope to encourage more emerging companies—before they are massive in scale—to get off the sidelines and engage in the battle to defeat racism. America’s original sin and persistent threat to our country’s future must be obliterated. Our plan is to leverage education to be the great equalizer.

We encourage you to find yours.